I wanted to experience a different lifestyle

Jennifer Kumar’s parents emigrated to the USA before she was born and she has lived in the USA and India. Here she talks about the different cultures which have influenced her life and why she decided to move to India. 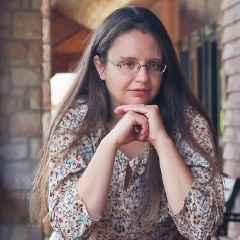 In terms of identity do you feel American or Indian, or both? Is the question of nationality/ identity relevant for you?

Well, this question really fascinates me! I have got this question many a times from Americans, Indians and other Asians, even after meeting me face-to-face. However, the confusion is I am not Indian! My parents are actually Hungarian with no Indian background. I adopted many parts of Indian culture when I studied my Master’s degree in Chennai between 1999-2001. I was able to do this because I was virtually the only foreigner with little if no access to Western stuff 90% of the time I was there. A few years after I returned to US from India, I met my Indian husband. This is how I have an Indian last name.

Often when I meet certain people, particularly Indians some have told me "I’m more Indian than they are." When I hear that, I am not sure why, but I feel very uncomfortable. What it boils down to for me is 'being me'. I like doing things in a particular way, as any other person, and I am no different. It just seems that some or many of the 'things I like to do' can be labelled as Indian. If that eases some people into being more friendly or relating to me better, than I see no problem with that.

I do feel uncomfortable when it becomes a situation where 'being' one culture or identity is seen as 'better' or 'superior' to the other because each culture has it's positives in relation to itself. One that comes to mind is in general Indians are more humble while Americans are more able to voice their accomplishments. In America, it's considered a mark of 'self-confidence' therefore good to be able to talk proudly about accomplishments, but in most Indian situations this same behavior is considered boastful, therefore, not good. In America, it's considered weak to hold back and not discuss accomplishment- like lying or having a lack of confidence. It's not good in America to be too humble in many cases- we can lose promotions or jobs from the interview phase altogether if we are too humble. So to say 'it's better to be humble' because it's "Indian" in my opinion is one such example. Being humble is good in India (though I have yet to figure out how to do that!) but bring this same quality to America and opportunities may be missed altogether. So saying that same trait in US is 'good' because it's Indian will get one nowhere, just as being boastful in India may make enemies as well.

That's very interesting! Sorry for making assumptions about your background.

It's ok. This is a typical thing that happens to me and I have learned various ways to manage it. I am still learning!

So how has your parents’ culture influenced you? Was it an important part of your upbringing?

This is a good question and it’s not easy for me to answer. Since they both came here to US when they were very young, they were pretty much Americanized by the time I came into the world. This being said, by the time I came into the world, they did not identify with 'Hungarian culture' on a daily basis as it wasn’t something that they practiced - minus eating a few Hungarian dishes and speaking to my grandma in Hungarian. Unlike other immigrants who may find a place to live nearby others from their country, my parents also decided to live as a minority in a majority American community that had no immigrants. I suppose since they struggled so hard to be accepted here, they did not want that for their kids and so they thought it was better to fully Americanize us from day one.

You could say this influenced me because when I 'grew up' and went to college in US, I was surprised to see that other kids of immigrants knew about their culture. I appreciated their families for passing down traditions. But, then I was curious what it was like to be a complete foreigner and have to adjust to a completely new and foreign life, including food, language, behavior, traditions. I guess I wanted to experience something like my parents experienced in adjusting to life in US by going to India and being the only American in most of the situations. 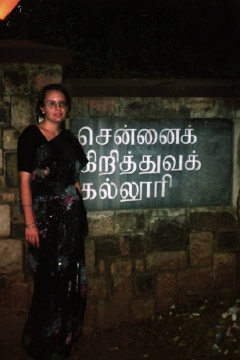 What made you decide to move to India?

I knew American culture and lifestyle had a lot to offer. Since I was young, my parents told me America was their refuge. If they hadn't left Hungary, we’d be in a worse situation there than here personally, socially, spiritually, economically and in many other ways. They left to escape and not look back. But growing up in small town America, I always felt disconnected from the outside world. The media rarely gave insightful or meaningful glimpses into other cultures. We saw a bunch of stereotypes – but I wanted to know what was underneath that. I wanted to learn about the psyche of another kind of people. I was hoping to realize there are other expressions of life that are OK even if they weren’t found in America. I wanted to experience a lifestyle I thought was different than mine. I also wanted to experience what my family did when they came here - how to adjust to a place when 'you're the only one'. So, I chose India because I had made friends from India while studying my undergrad in U.S. and they helped me choose a college to go to there. The fact that it was really affordable at that time also was encouraging!

You’ve grown up in the USA whereas your parents immigrated there. What differences do you notice between how you and your parents relate to US culture?

Since I have adapted to Indian culture I do find a gap in how I understand and participate in American culture as compared to the rest of my family. Since I lived abroad and integrated a different culture into my life, sometimes – well often for the past 10 years, I celebrate additional or different holidays in addition to the American ones. This can be confusing because to follow the Indian calender is a bit trickier than the American one. So for them to know about the holidays, I have to call and tell them. They won’t remember it on a yearly basis. So I end up often times celebrating Indian holidays with my Indian friends and American holidays (mostly Christmas or Easter or Thanksgiving) with my American family. This is not to say that my Indians friends don't celebrate American holidays, because many they do, but in those holidays, I choose to see my family instead.

I like your idea of taking 'the best of all worlds'. If you had to choose just one 'best' thing from each culture (US and Indian) what would it be?

This is a really tough question! Right now my biggest struggle is the one I noted above about modesty or humbleness versus self-confidence or speaking one's accomplishments. I like aspects of both of these cultural habits and would like to meet at some middle ground I have yet to find.

It's really impossible to identify one thing because that to me signals that "Indians do X better" or "Americans do X better". This will alienate one side and glorify the other. I know I am guilty of such things but now a days to take the best of both worlds doesn't mean for me to accept one and deny another, but to try to find a happy medium between the 'two' seemingly polar opposites. I think we are all humans on this earth trying to make the best out of our lives and to boil things down to stereotypes takes the richness out of individual human experience. Does that mean I am not guilty of using stereotypes? No, I have used them and surely will do it again, but when I try to be most mindful, I hope I can avoid it.

Thanks for allowing me this opportunity to share. Thanks for reading, also.