Shevlin Sebastian from The New Indian Express, Kochi, wrote this piece on Jennifer Kumar in October 2011.
This is reprinted with the author's permission. Photo credits: Krishna Kumar. 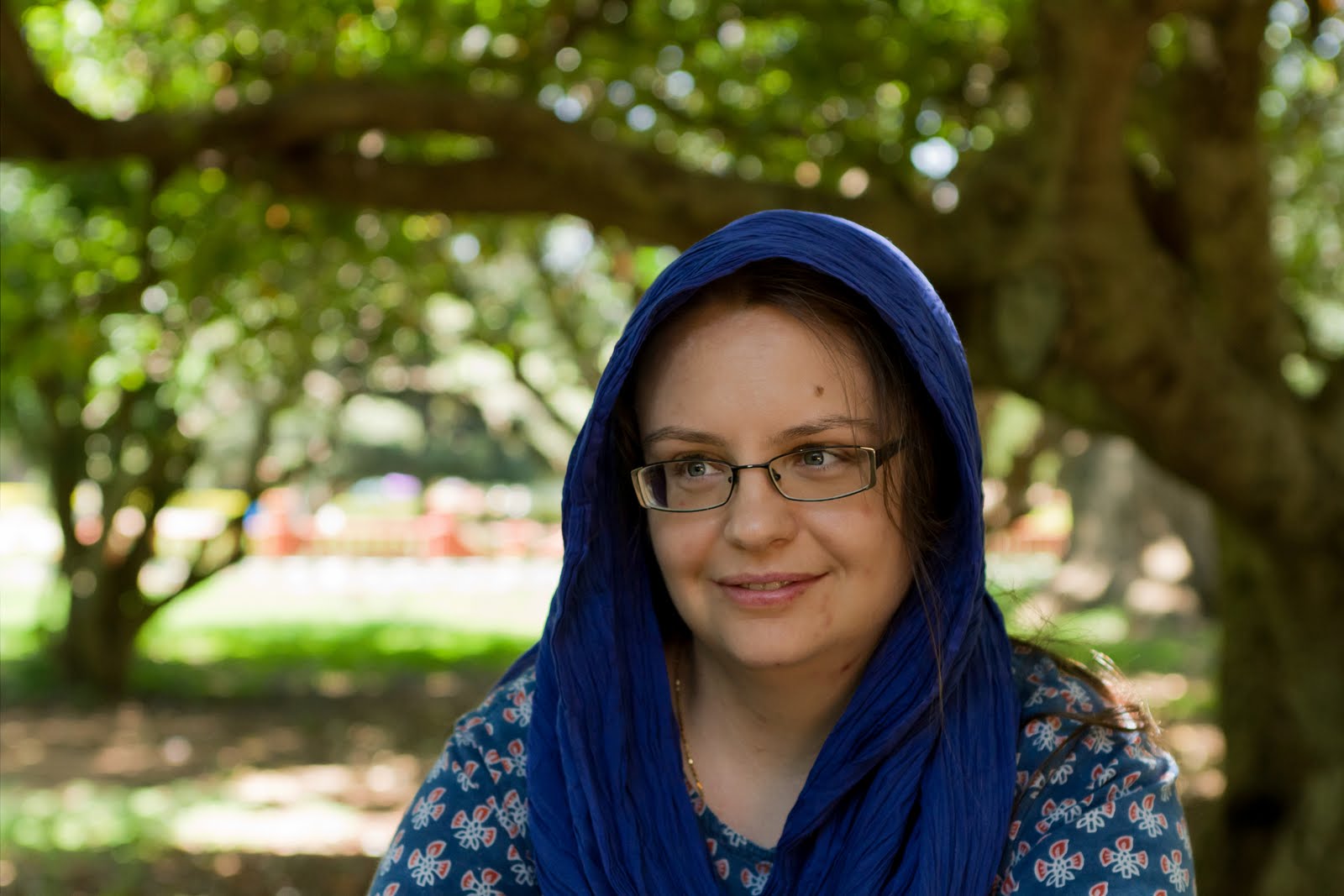 Jennifer Kumar, who is married to a Malayali, is slowly adjusting to life in Kochi.

One night, in 1995, Jennifer Kumar had a dream. In it, she was wearing a blue saree and placing books in the stacks of a public library. There were a few people present in the reading room. She spoke to somebody in a foreign language. Later, she began dusting the books. "I woke up and felt shocked," says the American. "I did not know what a saree was at that time. I was thinking: 'What was I wearing?'

There were more shocks. She repeated the words in the dream to her Indian friends and they told her it was Telugu. "I have never heard of the language before," she says. "It was unnerving, to say the least." Her interest in India was sparked off and she began learning about the history and culture of the country. In 1999, she embarked on a two-year master's programme in social work at Madras Christian College in Chennai. She returned and continued with her reading about India. "I stayed near Rochester, in New York state, which had a lot of Indians," she says. "I wanted to participate in Indian culture, so I would go to the Hindu temple." 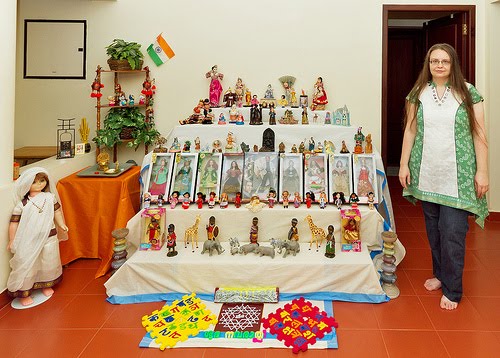 In June, 2003, at the temple, she met Krishna Kumar, a Malayali, who was working in the IT industry. They fell in love and got married in 2005. After several years in the USA, the couple have re-located to Kochi, in February, this year, where her husband works as a manager in an American firm at Info Park, Kakkanad, while her in-laws, the Karthas, live in Mattancherry.

It has been a roller-coaster ride for Jennifer in the past few months. "The first thing that I had to adjust to was the climate," she says. "Kochi is not as hot as Chennai, but it takes a while to get used to the humidity." As she also learned to adjust to the long rainy season, Jennifer discovered a fungus problem at home, if the house was not cleaned every day. "Where I lived, in the US, the climate is hot and rainy for a few times in a year," she says. "Mostly, we have to deal with snow and ice."

Meanwhile, she is busy learning how to cook new Malayali dishes. She already knows how to make sambhar, puttu kadala, dosa, idli, chutneys, and upuma. Since her husband grew up in Delhi, she makes North Indian dishes like masala puri, dal, roti and Rajma. 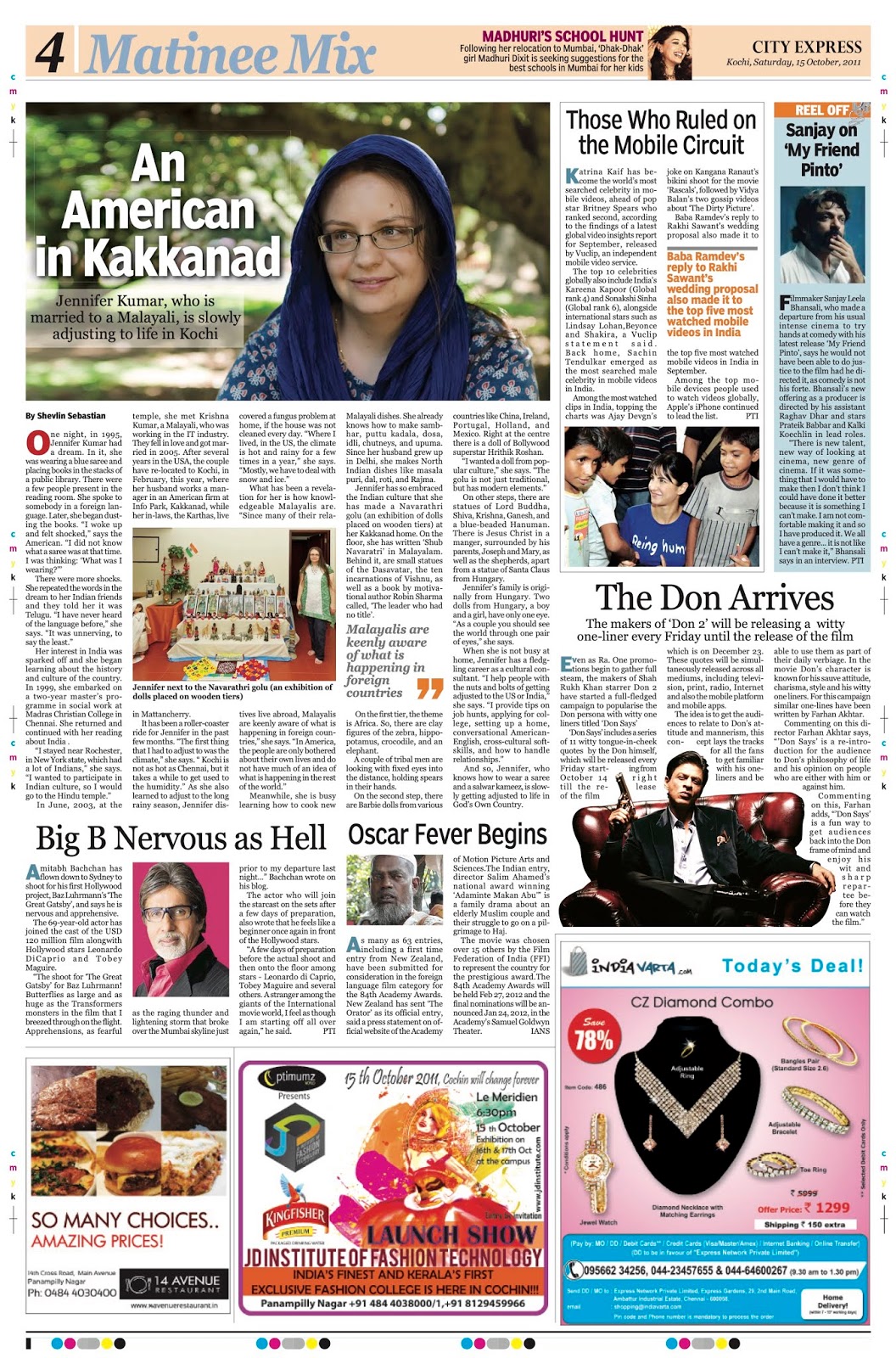 Jennifer has so embraced the Indian culture that she has made a Navarathri golu (an exhibition of dolls placed on wooden tiers) at her Kakkanad home. On the floor, she has written 'Shub Navaratri' in Malayalam. Behind it, are small statues of the Dasavatar, the ten incarnations of Vishnu, as well as a book by motivational author Robin Sharma called, 'The leader who had no title'.

On the first tier, the theme is Africa. So, there are clay figures of the zebra, hippopotamus, crocodile, and an elephant. A couple of tribal men are looking with fixed eyes into the distance, holding spears in their hands.

On the second step, there are Barbie dolls from various countries like China, Ireland, Portugal, Holland, and Mexico. Right at the centre there is a doll of Bollywood superstar Hrithik Roshan.

"I wanted a doll from popular culture," she says. "The golu is not just traditional, but has modern elements."

On other steps, there are statues of Lord Buddha, Shiva, Krishna, Ganesh, and a blue-beaded Hanuman. There is Jesus Christ in a manger, surrounded by his parents, Joseph and Mary, as well as the shepherds, apart from a statue of Santa Claus from Hungary.

Jennifer’s family is originally from Hungary. Two dolls from Hungary, a boy and a girl, have only one eye. "As a couple you should see the world through one pair of eyes," she says.

When she is not busy at home, Jennifer has a fledgling career as a cultural consultant. "I help people with the nuts and bolts of getting adjusted to the US or India," she says. "I provide tips on job hunts, applying for college, setting up a home, conversational American-English, cross-cultural soft-skills, and how to handle relationships."

And so, Jennifer, who knows how to wear a saree and a salwar kameez, is slowly getting adjusted to life in God's Own Country.

Thank you for writing such nice words about me, and allowing me to republish this here, Mr. Shevlin.